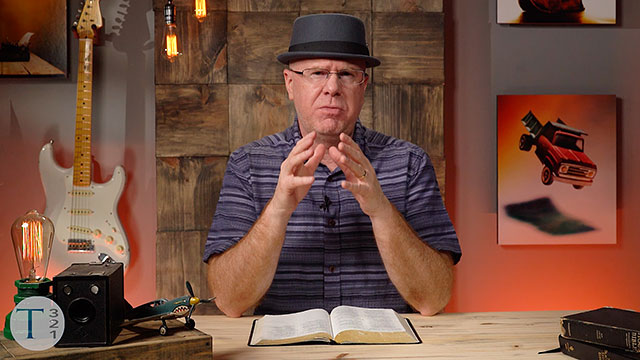 Cultural Relativism: All Truth Is Local
Cultural Relativism is the view that moral or ethical systems, which vary from culture to culture, are all equally valid and no one system is really “better” than any other. This is based on the idea that there is no ultimate standard of good or evil, so every judgment about right and wrong is a product of society. Therefore, any opinion on morality or ethics is subject to the cultural perspective of each person. Ultimately, this means that no moral or ethical system can be considered the “best,” or “worst,” and no particular moral or ethical position can actually be considered “right” or “wrong.”

Cultural relativism is a widely held position in the modern world. Words like “pluralism,” “tolerance,” and “acceptance” have taken on new meanings, as the boundaries of “culture” have expanded. The loose way in which modern society defines these ideas has made it possible for almost anything to be justified on the grounds of “relativism.” The umbrella of “relativism” includes a fairly wide range of ideas, all of which introduce instability and uncertainty into areas that were previously considered settled.

Stepping up to the edge of a cliff gives you a good perspective of the terrain below. Taking one step too far, as cultural relativism does, is simply a disaster.

Obviously, perspective is important to our understanding of history, psychology, and politics. Cultural perspective can help us understand why certain actions are considered right or wrong by a particular culture. For example, an ancient society might have considered dyeing one’s hair green to be a punishable offense. Most modern societies would find that strange, if not oppressive. Yet, good cultural perspective might tell us more. If we were to find out that green hair was a sign of a prostitute, we would understand that it wasn’t the hair color itself, but the prostitution that was truly considered “wrong.”

However, the problem with moving from cultural perspective to cultural relativism is the erosion of reason that it causes. Rather than simply saying, “we need to understand the morals of other cultures,” it says, “we cannot judge the morals of other cultures,” regardless of the reasons for their actions. There is no longer any perspective, and it becomes literally impossible to argue that anything a culture does is right or wrong. Holding to strict cultural relativism, it is not possible to say that human sacrifice is “wrong,” or that respect for the elderly is “right.” After all, those are products of the culture. This takes any talk of morality right over the cliff, and into meaningless gibberish.

Cultural Relativism: Absolutely Impossible
The contradiction of cultural relativism becomes immediately apparent. A society that embraces the notion that there is no ultimate “right” or “wrong” loses the ability to make any judgments at all. The way in which relativism, including cultural relativism, has permeated modern society is demonstrated in the bizarre ways in which we try to deal with this contradiction. “Tolerance” has mutated to imply unconditional support and agreement for all opinions or lifestyles. However, those who choose to be “intolerant” are not to be supported or agreed with. Tolerance, therefore, becomes an “ultimate good” in and of itself, which is contradictory to the entire idea of relativism. In the same way, heinous crimes such as rape and murder demand a moral judgment -- but strict cultural relativism cannot say that such things are always wrong.

Relativism in general breaks down when examined from a purely logical perspective. The basic premise is that “truth is relative.” If every truth statement is valid, then the statement “some truths are absolute” must be valid. The statement “there are no absolute truths” is accurate, according to relativism -- but it is an absolute truth itself. These contradict the very concept of relativism, meaning that absolute relativism is self-contradictory and impossible.

Cultural Relativism: Crumbling Away
In practice, cultural relativism cannot overcome the boundaries of logic, nor can it override the sense of morality inherent to mankind. We instinctively know that some things are wrong, so cultural relativists attempt to tweak their philosophy to fit that need. Declaring certain actions “mostly” wrong, or “mostly” right is nothing more than making up the rules as one goes. Saying that some morals are “better,” even if they aren’t “the best,” still implies some ultimate standard that’s being used to make that judgment. How do you know which cloud is higher unless you know which way “up” is? To firmly state that anything at all is always wrong is to reject relativism itself. In the end, those who insist on clinging to cultural relativism must jettison logic, because there isn’t room for both. It is literally impossible for a person to rationally believe that there are no moral absolutes, or at least to live out that belief in any meaningful way.

Since this philosophy is nonsensical, there must be some fundamental absolutes of right and wrong, regardless of the opinions of any given society. Since there are disagreements among different cultures, we cannot assume that these truths are developed by one particular group of people. In fact, the only logical place for these concepts to originate from is something more universal, or at least more fundamental, than culture.